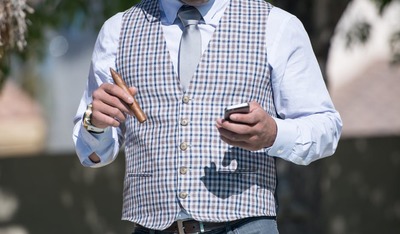 Paul Marciano is an American businessman who is globally known for his role as one of the co-founders of the popular Guess Jeans. His name has, however, come up in the limelight once more only this time in the negative perception of accusations by Kate Upton who accuses the man of inappropriate behavior. Despite being in the spotlight for a long time, there are some things that people may not know about the businessman which are given below.

He was born in Debdou, Morocco
Most people are not aware that Paul Marciano was born on the African continent, in a town called Debdou in Morocco. The city is found in the Oriental region of the country and was interestingly considered to be the learning center for the Moroccan Jews so highly in that it eventually began exporting rabbis to other Jewish communities in the country in the late 19th and early 20th century. The same cannot be however said today as most Jewish citizens of Morocco spread into other local towns when the French Protectorate colonized the country.

He was involved in a horrible motorcycle accident
When he was a teenager, Marciano and one of his friends were part on one severe crash between a motorbike and a car which left him confined to a wheelchair for a whole seven months. He was, however, lucky to regain his limbs even though he had been told there was no possibility for him ever to walk again. One of the lasting consequences of the accident is that he was not re-accepted in his former school.

He lived in a Kibbutz
Since he would not go back to his former school to complete his studies, Paul Marciano opted to go and live in a Kibbutz which was a collective community of the Israelites comprising of a combo of socialism and Zionism. The community traditionally focused on entirely farming, but as years went by, they moved on to other non-farming sectors such as tech.

He is a co-founder of Guess Jeans
Marciano, later on, moved to the United States together with his family where he founded the Guess Jeans in collaboration with his brothers. He initially served as a person in charge of PR and marketing for the corporation but eventually rose to higher positions such as the CEO and President before stepping down as the former in favor of being the Executive chairman. Read more in the Paul Marciano Biography.